Brenda Fisher, who died aged 95, was a world record swimmer in the English Channel. She gained worldwide fame in the 1950s for her long-distance challenges, becoming the first woman to enter two cross-Channel races and breaking records for the 29-mile Nile race and the 32-mile Lake Ontario race. She was only the third person to complete this final route.

She later taught hundreds of children to swim in her home town of Grimsby, Lincolnshire. The publication of Brenda’s biography in 2015 saw renewed interest in her achievements, and three years later she was awarded a British Empire Medal. Ever modest, Brenda said, “I had fun, but other people did bigger things.”

She was born in the family home of Grimsby where she would live all her life, the youngest daughter of Enid (née Winship) and Albert Fisher, a trawler captain. At the age of nine, Brenda suffered a sunstroke so severe it paralyzed one side of her body. Determined not to let this affect her, she learned to swim – taking up a sport her older brother, Buster, and sister, Jessie, were addicted to.

Under their coach, Herbert McNally – known as Mr Mac, and a champion swimmer himself – Brenda trained first in speed, not distance. Private lessons cost a guinea. “He was very strict,” she recalls. “I was not allowed to go to the cinema; I had to practice. »

This involved spending hours in the cold water of the Grimsby docks. It was when 16-year-old Buster and 15-year-old Jessie swam the Humber River in 1938 that records entered the Fishers’ lives; Buster became the youngest male to complete the crossing and Jessie the first female. Soon after, Brenda began distance learning.

She competed in more races and won the Morecambe Bay Challenge in 1948, but a family tragedy focused her sporting prowess. Buster and Jessie had made a pact to take on “the big one” – the English Channel – but the second world war intervened and Buster, aged 21 and in the RAF, was shot down and killed in action. Her sisters continued to swim in her honor and in 1951 they were both accepted for the Channel race.

They trained hard, but when Jessie developed appendicitis, she had to retire. Brenda, now 24, had to go it alone. At 7:29 a.m. on August 17 of that year, she entered the water at Cap Gris-Nez, France. “I was fed sugar and chocolate hourly – a welcome break from the regular crawl routine,” she recalls. “I was never informed of the progress I was making; all I wanted was to pass.

With a stroke rate of 25 per minute, dropping to 30 as they approached Dover, Brenda climbed ashore, the first woman to return, in 12 hours 42 minutes – breaking the existing world record by 32 minutes. His first words were, “Is someone going to tell my dad?”

A whirlwind of publicity ensued for the new queen of the Channel. She took the stage at the Royal Command Performance that year and was named Sportswoman of the Year. Back in Grimsby, she received the highest honor possible – a tug named after her.

In 1954 Brenda became the second woman to swim the English Channel twice, to return home in just under 15 hours and the first woman to land. His celebrity status was established, the media was buzzing with coverage of his achievement – and there was more to come.

In April 1956, she was the fastest woman on home soil in that year’s River Nile race and placed fourth overall. Four months later, she was in the headlines again, after completing a solo swim from Lake Ontario, Canada, in 18 hours 51 minutes, breaking the existing record by more than two hours. “I was determined to win him over,” she said. “I thought, ‘I’m going to show the world what Britain is made of.'”

In 1957, having become the face of Quaker Oats and meeting Elvis Presley at a TV taping, Brenda still held the channel record and wanted to try again. After nine hours in the water and just five miles from Dover, she was forced to retire due to seasickness – and her record was broken. At 31, she retired from competitive swimming: “I knew I had had enough.”

On leaving Nunsthorpe Primary School aged 14, Brenda had trained as a shorthand typist and worked for a time in the offices of fishmonger and football administrator Arthur Drewry on Grimsby Docks, then for the Ross Food Group. Although prizes were offered for competitive swimming, most of the money was swallowed up in training and travel; at one point a group of local businessmen set up a fund to cover the cost of his expenses and equipment such as lanolin.

When she married professional footballer Pat Johnston in 1954, the couple bought a confectionery in Grimsby and ran it together between their sporting engagements. Through local clubs and schools, Brenda has also spent years coaching youth and advising long distance swimmers, as an advocate for the sport. The Channel Swimming Association has described her as “one of the truly pioneering open water swimmers of the 20th century”.

Brenda’s name has remained well known in Grimsby, and when I interviewed her for the Grimsby Telegraph on the 60th anniversary of her Channel swim, we talked about collaborating on a biography and we became good friends while researching and writing Blonde In Deep Water. With renewed interest in her career, a blue heritage plaque was erected in view of the wharf in which she had trained. 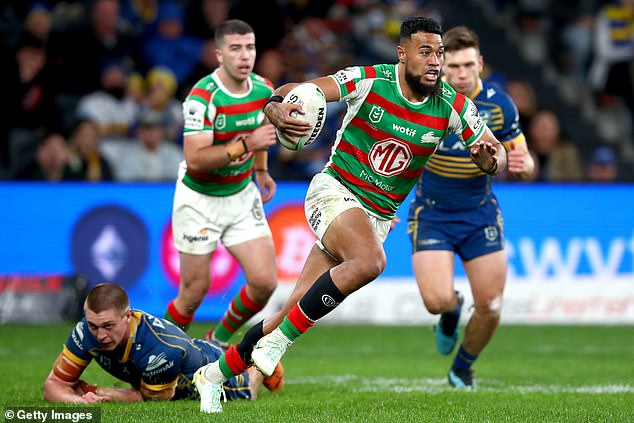