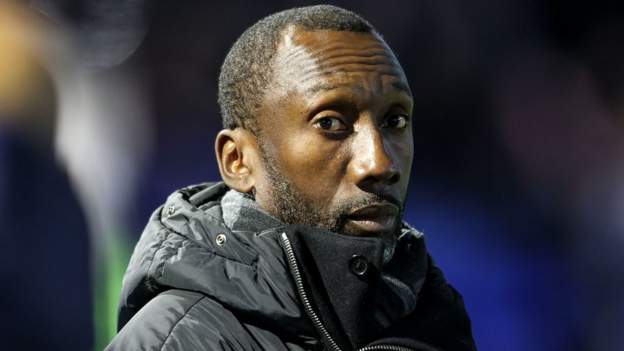 Burton Albion manager and former striker Jimmy Floyd Hasselbaink says Jose Mourinho should have kept him at Chelsea in the latest episode of the Kammy and Ben’s Proper Football podcast.

The 50-year-old Dutchman, who has played as a striker for Leeds United, Atletico Madrid, Chelsea, Middlesbrough, Charlton Athletic and Cardiff City, appeared on this week’s podcast with Chris Kamara and Ben Shephard.

And he spoke on a number of topics.

Hasselbaink was the Premier League’s top scorer in 1998-99 and 2000-01 and equaled an England record transfer fee when he joined Chelsea. He feels he was unfairly sidelined when Mourinho joined him in 2004.

In the podcast, Hasselbaink revealed a lot about himself, including how he struggled to adapt to English drinking culture when he arrived at Leeds and how football saved him. of gang life. He even revealed that his real name is actually Gerald.

Here are some other takeaways from the conversation between Hasselbaink, Kamara and Shephard.

1. “New owners arrived – that’s when the relationship with me and Ranieri deteriorated a bit”

Hasselbaink joined Chelsea from Atletico Madrid in July 2000 for £15million. At the time, he matched the Premier League transfer fee set by Newcastle United when they signed Alan Shearer in 1996.

The Dutchman played under Gianluca Vialli and Claudio Ranieri at Chelsea. He was also at the West London club when Roman Abramovich took over as owner in 2003.

“That’s where the relationship with me and Ranieri got a little sour,” Hasselbaink said.

“All of a sudden he (Ranieri) had a lot of money to spend. He called me and Eidur Gudjohnsen into his office. He said: ‘I’m going to bring in two new strikers – you can go there. go if you want “.”

Ranieri brought in Adrian Mutu and Argentina legend Hernan Crespo. Nevertheless, Hasselbaink says he told Ranieri he wanted to stay and fight for his place.

“In the end, I still played and I became the top scorer,” he says.

Hasselbaink recalls this period in terms of the number of incoming signatures.

“We had Crespo coming in, Mutu, Sebastian Veron, Joe Cole, Glen Johnson, Wayne Bridge…Every day there was someone else. What do you do? Either be a mouse and be silent and already defeated , or you get up and try. You look in the mirror and see a lion, rather than a kitty.

2. ‘He was never the special one for me’ – why Mourinho shouldn’t have let him go

When a high-profile young Portuguese manager called Jose Mourinho took over at Chelsea in 2004, Hasselbaink’s time was up. He was sent to Middlesbrough on a free transfer.

Hasselbaink says he had no say and was not happy.

“I was completely disgusted,” Hasselbaink said. “More gutted because Mourinho never spoke to me.”

He believes there was an outside influence on Mourinho’s decision.

“I bet you Mourinho was told I was a difficult boy,” Hasselbaink said, “hard to work with and all that stuff – which wasn’t the case at all.”

Meanwhile, Hasselbaink continued to be a top scorer for Middlesbrough over the next two seasons.

He, however, believes he was robbed of an opportunity to secure silverware with Chelsea.

“They got Drogba – what a signature – but surely I could have played alongside him. I spoke to Mourinho, he said, ‘yes, I made a mistake there.’ I don’t care what he said. He should have kept me and I would have gotten a medal.”

When asked if he believed Mourinho was ‘the special’, as the man himself claimed upon arriving in west London, Hasselbaink disagrees.

“He’s a brilliant coach, absolutely magnificent what he’s done in football, but he’s never been special to me.”

3. ‘You could already see his leadership quality’ – playing with Gareth Southgate

Hasselbaink says that even then Southgate showed the qualities to carry on and be a good manager.

“He was always thinking further, trying to understand the tactical side of the game, trying to put people in the right place. He already had that leadership quality.”

Hasselbaink himself manages Burton Albion in League One and has also managed Royal Antwerp, Queen’s Park Rangers and Northampton Town. He describes Southgate as a player who didn’t need to shout to command respect.

“He understands his players and that’s what you want as a player.”

In 1998, Hasselbaink was called up to the Netherlands side for the World Cup in France.

The Dutch qualified for the semi-finals before losing to Brazil on penalties. They had a star-studded squad, including Dennis Bergkamp, ​​Edgar Davids, Patrick Kluivert, Clarence Seedorf, Edwin van der Sar, Jaap Stam and the De Boer brothers.

Hasselbaink recounts that one of the winners of the French tournament that year, Marcel Desailly, told him: “Jimmy, we didn’t want to play you. We wanted Brazil, because we felt we had a chance against Brazil. “

“We should have won this World Cup,” said Hasselbaink. “We were the best team, but the best team doesn’t always win.” 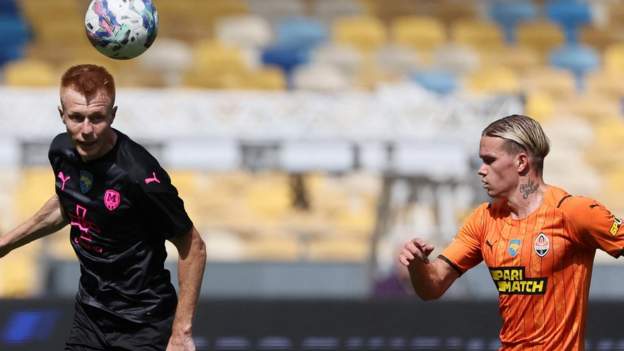 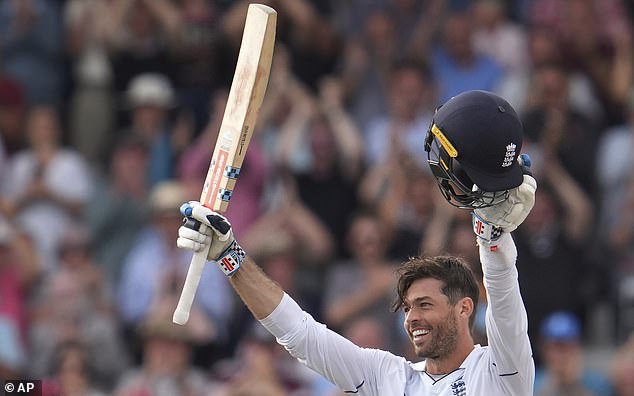 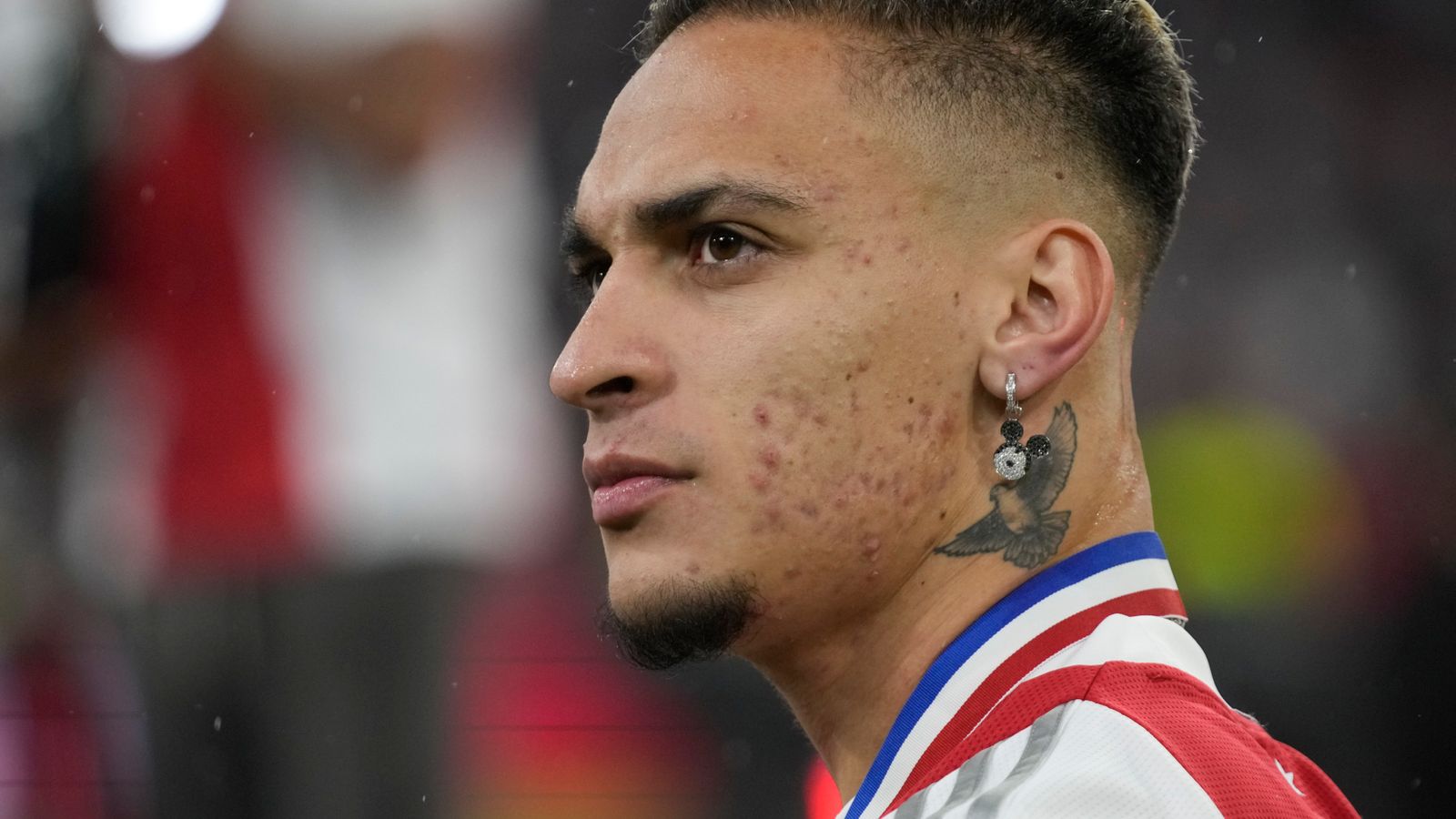 Antony to Man Utd: Why the Ajax winger is Erik ten Hag’s man and where he fits in | Soccer News