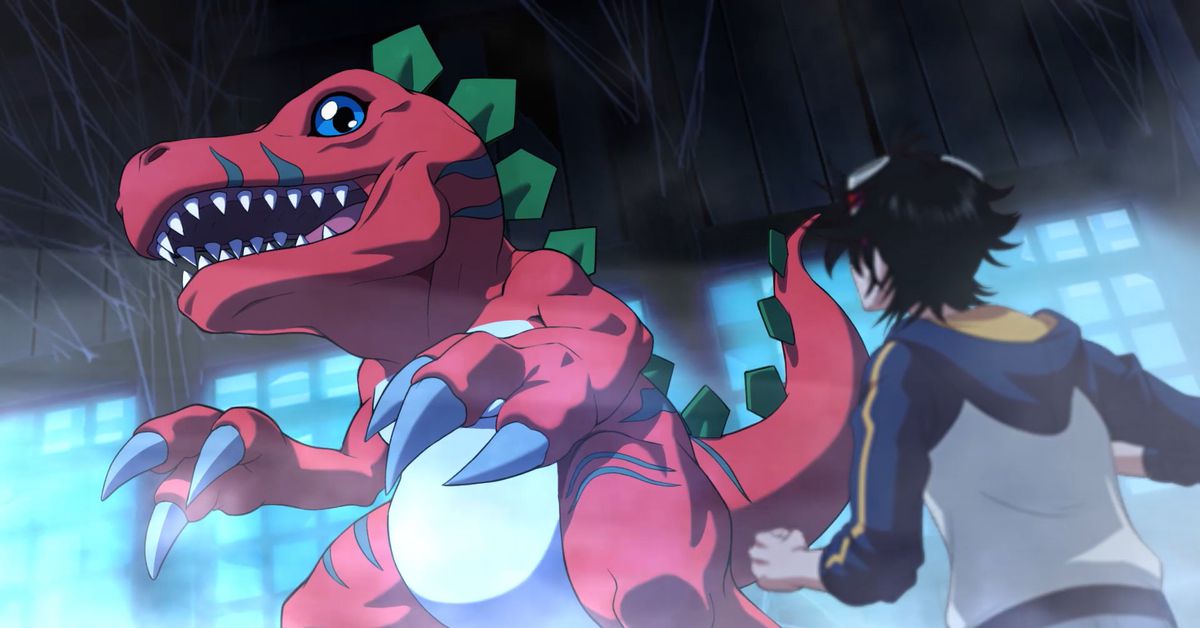 The itinerary for a class trip usually includes safe and normal things – visiting a historical monument and learning to cooperate with people from other schools, for example. You’re less likely to encounter classroom-sized spiders or intense personal trauma, and hopefully you won’t be to blame for a friend never coming home. But these are just some of the daily tribulations for the unlucky group of middle schoolers from Digimon Survive.

Developed by Hyde, Digimon Survive takes on the heavy burden of evolving the series’ traditional mix of monster farming and turn-based role-playing – namely, with the addition of visual novel elements. But this burden turns out to be a bit too heavy to bear. Visual novel aspects seem ideal for the story Digimon Survive wants to tell, but whether it’s a lack of confidence in its own characters or a misunderstanding of what makes visual novels a powerful storytelling medium to begin with, it doesn’t reach its abundant potential.

Digimon Survive opens with strong similarities to the original Digimon: digital monsters anime: A group of students from different schools gather in the countryside for an educational camping trip. Your usual personalities are in on it whether they like it or not – the popular girl, the prankster and his serious sidekick, the moody loner and the insecure class leader – but there’s no sense of upbeat adventure once they land in the Digital World, the series name for the alternate reality where Digimon dwell.

Digimon Survive divides its long runtime between exploration, free time, and combat segments. While exploring, you chat with your comrades, look for key items or paths forward, and generally get a better idea of ​​what’s going on in this strange parallel world. at least you try. Digimon Survive is tight when it comes to world building and leaves most of it for the last three of the game’s eight chapters, roughly 15-20 hours out of the total 60 hour runtime.

Even so, the main beats of the larger narrative don’t go anywhere surprising, despite a promising start. It outlines most of what becomes the key plot points at the start of the prologue. Digimon Survive is, at its core, a story about what we owe each other and how we can work together to balance tradition and move forward into a better future.

Here, more than in any other Digimon game or anime, the characters’ monster companions are essentially digital manifestations of their subconscious, aspects they struggle to recognize in normal life or would like to forget about altogether. Learning to survive in a cruel and threatening world is as much about the practicalities of finding food and shelter as it is about learning to identify and live with your weaknesses.

The problem lies in how Digimon Survive tell these stories, or more precisely, don’t tell them. Four of the game’s eight chapters drag on which might make a suitable plot for two 20-minute anime episodes in 20 hours, depending on your style of play. The first chapter is basically two hours of four characters arguing over what to do. you have to do next, to remain complacent.

The second chapter is more or less the same, except now they argue about finding food and whether to search for others, before, once again, doing nothing. There are interesting moments, but Digimon Survive is only too happy to drown them in meaningless repetition for them to stand out. Even after finding six months’ worth of food, the next thing the group does is discuss where they can find even After food.

I can see how solid these ideas sound on paper. Finding supplies is, naturally, an essential part of survival, and when venturing outside could result in your death, deciding to risk searching for your missing camp mates isn’t such an easy choice. But the execution suffers because it never does anything meaningful or fun with these segments — it never uses them to build character development or tension, and barely uses them to move the story forward.

Whether Digimon Survive takes inspiration from Aquaplus’ Utawarerumono games – and the visual novel/tactical hybrid style certainly suggests this – it apparently derived the wrong ethos from those games. It is true that mask of truth spends nearly 80% of its runtime on vignettes and character moments that are of little importance to the plot unfolding at the end. In the process, however, it gradually brings together complex personalities for every significant character, so that when major story developments unfold, you have a strong investment in what’s happening.

Help Minoru in the forest by Digimon Survive showed me that he wants people to see him as a capable leader. In a later scene with Saki, Takuma accidentally enters the gym where she changes clothes. There’s embarrassment and awkward conversation afterwards, but the encounter has no ripple effects or wider character implications, let alone Takuma’s relationship with Saki. It’s heartbreaking to watch the normally stoic Shuuji relentlessly rattle Lopmon’s psyche in Chapter 5 to make the loyal Digimon feel as inadequate as Shuuji. At this point, however, the game has only provided a glimpse of Shuuji’s background, and the unrealistic pressures his father has placed on him have eroded his own confidence. There is little time to get a glimpse of Shuuji’s internal struggles.

Regardless of who stayed alive and the consequences of my choices as the credits went on, the cast felt much the same as when they first met – a collection of disconnected people brought together because circumstances unrelated to their will dictated that this was where they should be. This is a missed opportunity, given the potential not only in Digimon Survive‘s broader themes, but also in its initially vivid characters.

Unfulfilled potential is also an apt description for Digimon Survivethis is the fight. Systems are standard for most tactical games (which is why I only devote three paragraphs to their intricacies). Digimon has a standard attack and a small selection of special attacks that require stamina. Attacking from the side or from behind deals extra damage, and they can increase defense by choosing not to act this turn.

You can evolve your Digimon based on certain choices you make in the story, although that seems almost unfair. The Evolved Digimon can easily roll most opponents except for very tough battles in the new game plus. Recruiting new Digimon takes place in a Shin Megami Tensei-style conversation, where you try to guess the answers to random questions in hopes that your answer matches that Digimon’s personality. However, it manages to frustrate even more than SMT, as you only have one chance per enemy Digimon for the entire battle.

The combat isn’t innovative, but there’s a simple joy in crushing a tough opponent with a well-timed evolution, or watching Agumon spit fireballs across the map. I just wish there were more. Also, in line with the comparison with Utawarerumono, Digimon Survive has few battles and even fewer variations in map design, making combat feel like an afterthought more than a key element.

Digimon Survive was hard to play, boring for the first half, and mostly just disappointing. The framework for something far more compelling exists beneath the chatter, inconsequential combat, and superficial character development, and you can get a glimpse of what could have been in some of the story’s finest moments. I hope Hyde and Bandai have the opportunity to create another style of visual novel Digimon game, relying on To surviveto create a lasting and memorable experience.

Digimon Survive was released on July 29 on Windows PC, PlayStation 4, Xbox One, and Nintendo Switch. The game was reviewed on PC using a pre-release download code provided by Bandai Namco. Vox Media has affiliate partnerships. These do not influence editorial content, although Vox Media may earn commissions for products purchased through affiliate links. You can find additional information on Polygon’s ethics policy here.

Register to receive the newsletter 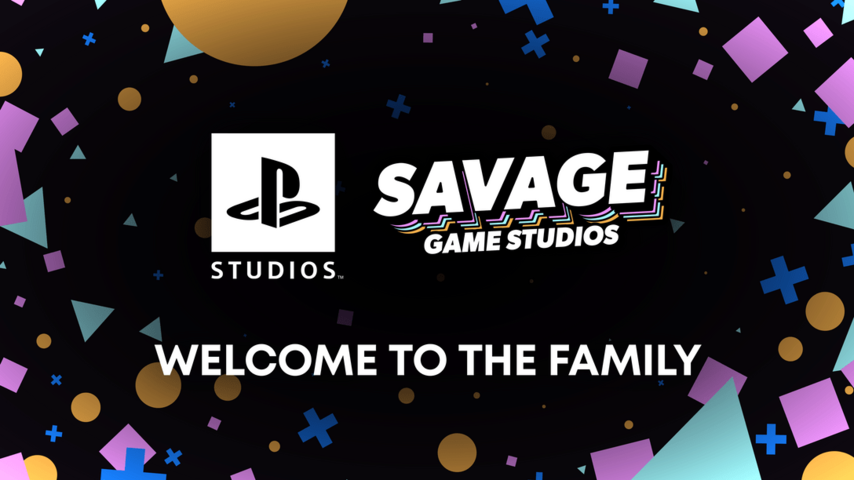