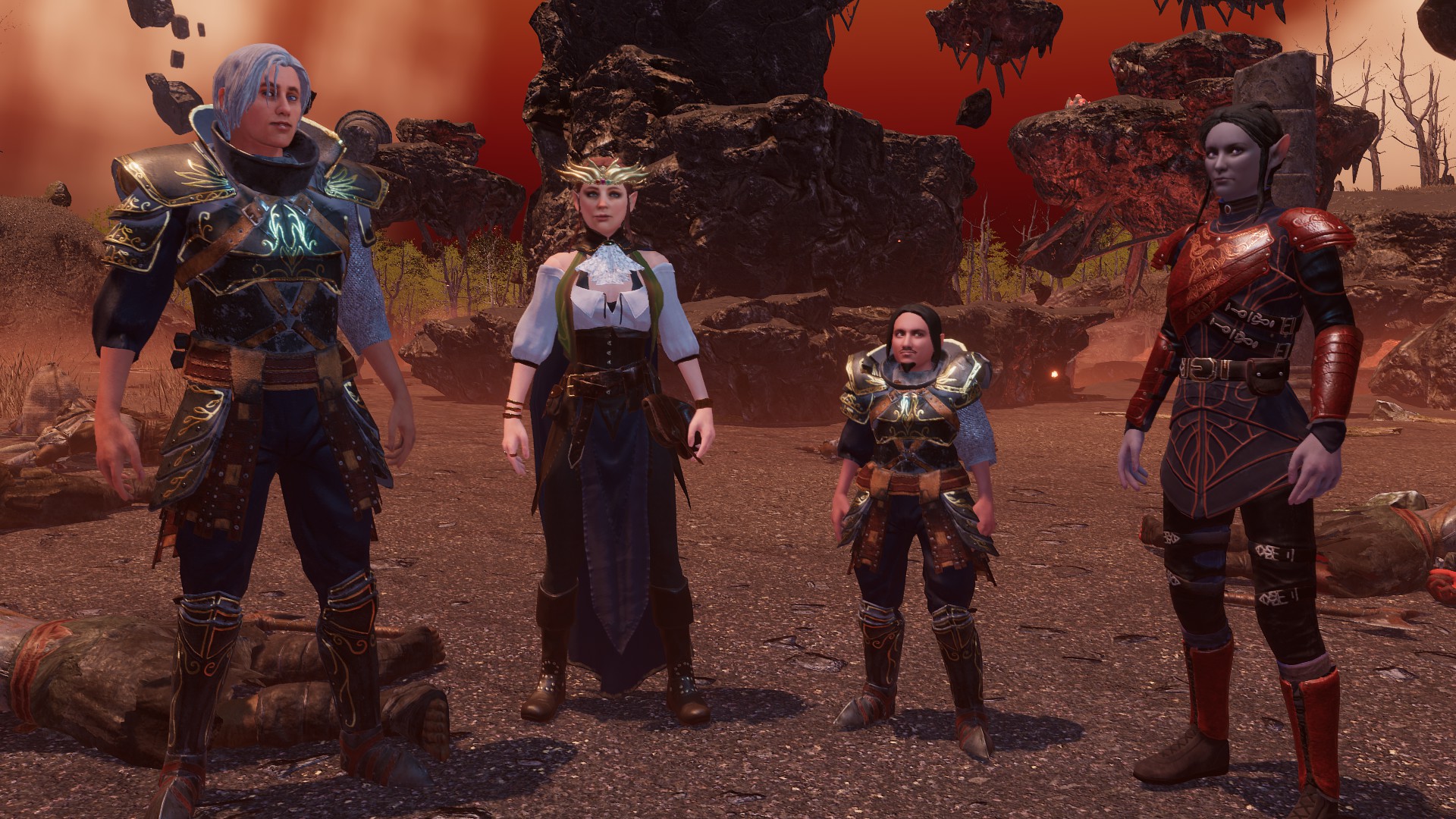 Great PC Gaming Moments are bite-sized celebrations of some of our favorite gaming memories.

I’m happy to control just one person in RPGs, but I love it when they say, “Actually, this time we’re going to need you to build between four and six independent heroes without accidentally picking a combination that leaves you skills. This will prove vital in about 10 hours. Good luck!”

OK, I don’t like to find out that I made a totally unviable part. Or when that happens, the only valid magic weapons are longswords and I specialized in axes and polearms. Or there’s a really interesting NPC thug who wants to join the party, but I already have one and there’s no point in having two. These things are annoying, and I started googling ahead of time what companions in RPGs are to avoid hitting the same archetypes. But despite the pitfalls they fall into, I will spend way too much time creating characters in games like Curse of the Azure Bonds and Eye of the Beholder.

More recently, Solasta: Crown of the Magister allowed me to build a party of four using D&D fifth edition rules. He hands out an Achievement for starting a game with The Classics (Fighter, Cleric, Wizard, Thief), but he also has an Achievement for playing with a party that doesn’t contain a Wizard or Cleric called “I Cast Fist!” While Solasta lacks some of the Fifth Edition options, like gnomes, tieflings, and bards, it’s still fun to have full control over all the choices – so you can have an entire party where everything the world has darkvision, or go out of your way to cover all crafting skills.

When playing D&D around a table, you sometimes end up with a thematically unusual collection of player-characters, like “oops, no healers” or “everyone is small”, but games like Solasta let you to purposely experiment with groups of goofy PCs, to find a weird style of play and see how well it works.

My favorite RPG for this is The Temple of Elemental Evil, Troika’s 2003 game using D&D 3.5. Not because of the rules themselves, but because of how the game reacts to the party you build with them. The prologue plays out differently depending on your dominant party alignment, so the story of a Lawful Neutral party involves being recruited by the Mayor of Greyhawk, while a Neutral Evil party starts with assassinating the last priest of a church. Create a leader with low intelligence, or create an entire party with intelligence well below 10 like I did, and your dialogue options will be written in cavernous Fallout style. A conversation with the wife of a leather worker, who tries at length to explain to you what leather is, in vain, ends with a frustrated sentence: “Like the things you make with animal skins for clothing and others.” Your only response option is, “I’m going to play hide and seek with animals. They can’t find me! Goodbye.”

This kind of reactive silliness is worth the risk to learn, somewhere around act two, that you should have created a PC with a decent score in the Survival skill to reduce the number of random encounters. Or that there is a magic sword you need a good chaotic PC to get the most out of. Well, one day all this group of legal neutral polearm masters exclusively of size categories below Medium will find their place.

House of the Dragon won’t have Mushroom, but its story is still important

Mario Kart: The Agony and Anguish of the Blue Shell