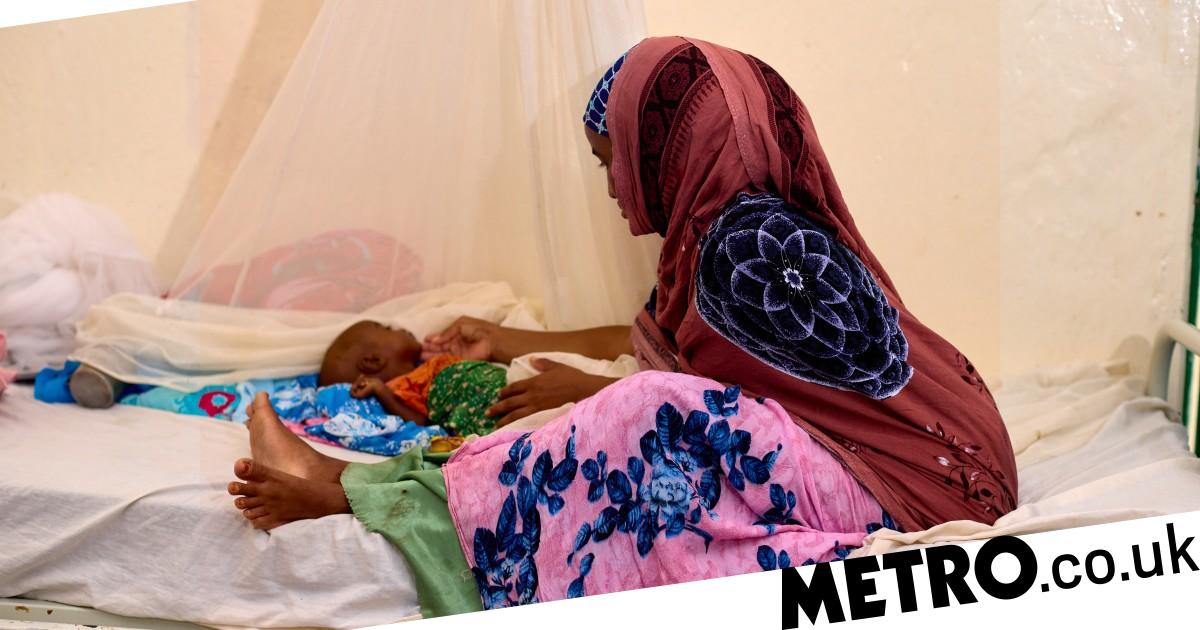 At only five months old, Haybe* is motionless under a mosquito net, clinging to life.

He is small and desperately skinny, and his mother Khadra* watches over his tiny body, anxiously wishing he would recover.

When Haybe fell ill with diarrhea and vomiting, Khadra traveled for hours by road from the countryside to take him to hospital, where he remained for days. He was taken to the malnutrition clinic and given milk and injections to stop the vomiting, but his little system is struggling.

Years of drought in Somaliland, in the Horn of Africa, have left thousands of children like Haybe seriously ill and dependent on milk and medicine to stay alive.

The mothers who bring their children here have emaciated eyes and sunken cheeks. Thin and exhausted, they are haunted by the hunger that threatens the life of their family.

Girls may end up worse off, as some communities favor boys, which means girls have to make do with their brothers’ leftovers.

Khadra, 17, says: “I feel hopeless; that I can’t do anything for my child. I hope God will change the situation and my child will be better. And that life will change for the better.

Khadra explains that her family is made up of nomadic farmers from the Toghdheer region of Somaliland. They rely on their animals to survive, but amid East Africa’s worst drought in decades, the land has become too barren for their cattle to produce milk or produce young.

This year marks the fourth consecutive year that the spring rains have failed. Most rural communities in Somaliland depend on livestock for a living, but as the arid landscape offers little pasture for grazing, animals are dying in large numbers, destroying livelihoods and severely impacting the quantity of milk available for small children.

Raw figures from the clinic show that between January and May malnutrition admissions nearly tripled, from 26 to 69, with two deaths recorded in April and May.

Khadra says she can no longer feed her family with milk or meat. Instead, they live on Somali rice and pancakes, sometimes eating only once a day. Where water is available, starving families like Khadra’s flock to the area, making them more vulnerable to diseases that flourish in overcrowded and unsanitary conditions.

“We live off cattle, but they are weak and skinny and the rest are dead,” Khadra explains. ‘They cannot be sold. We depend on what our loved ones give us. We have no other income. We cannot afford to buy milk and medicine for the child. Things are difficult. The conditions are difficult.

The small clinic where her son is being treated is rudimentary – without even a refrigerator for medicine. Attached to the hospital, it has just two rooms with 18 beds in total, all occupied at the time of Haybe’s visit. In fact, more than 30 children are cared for here by the 15 employees. Without their help, many more would die.

Nurse Hamda has seen a steady increase in the number of mothers and children admitted for vomiting, diarrhoea, cough, anemia and fever. The 23-year-old says she is scarred by the number of infant deaths unfolding before her eyes.

“We’ve had children who died of severe dehydration during admission,” she explains. “There was a child who was admitted to the clinic. We took them to the emergency room and tried to save them, but they died there.

“The child vomited for seven days so by the time they were brought in they were severely dehydrated and died of it.

“There was another incident with a child who was malnourished. When a child does not receive milk, he develops a deficiency in important minerals. This child was therefore admitted with a high fever and died while his blood was still in the laboratory.

Hamda does her best to help, even using her own salary to help starving mothers in desperate need of food.

“I sometimes bring food to one or two, but the others ask me,” she said sadly. “When there are five or six of them, I can’t help them all, and I end up skipping breakfast because I can’t find the urge to eat.”

The job takes a toll on Hamda’s mental health, as she relives the horrors she saw in service.

“I met an emotional mother with a small child who was paralyzed and she asked me where she could leave her child,” she recalls. “I found out that she was hated by her family because of this child, she couldn’t afford basic needs such as housing, so she was desperate and eager to get rid of her child.

The women who frequent the center have emaciated eyes and sunken cheeks. Thin and exhausted, they are haunted by the hunger that threatens the life of their family. Girls may end up worse off, as some communities favor boys, which means girls have to make do with their brothers’ leftovers.

Saado brought her one-year-old daughter Sagal Ali to the clinic because she was fatally malnourished and – like Haybe – suffering from vomiting and diarrhoea.

Speaking from the clinic, the 23-year-old mother of three said: “I brought my daughter here to save her life. I kept her at home in a rural area for two months, but she was very sick, sometimes falling into a coma and sometimes coming out. She suffered from malnutrition because our cattle can no longer provide milk.

‘It’s getting harder and harder. It is difficult for us, without milk from our animals. Some are dead, while others are so weak they cannot provide milk. The drought is only getting worse.

“We have been suffering for a long time. It has now been nine months of malnutrition and the exhaustion of our livestock. Some of our animals died and some became very weak. This [lack of milk and clean water] means that our children fell ill with illnesses, such as diarrhea and vomiting.

The future is bleak for Saado and many like her. The family’s animals are now too weak to sell and worthless while inflation deprives them of even basic food supplies.

“I hope we can live a good life, that our children will get an education and that our lives will improve,” she says. ‘I have a lot of hope. But we need more support for our communities, which are struggling to survive. With help, and if our children can go to school, things will improve for us.

Across Somalia and the Republic of Somaliland, Ethiopia and Kenya, millions of people face life-threatening hunger. The UN has warned that 350,000 children will die unnecessarily in Somalia alone without urgent action.

“East Africa is in the grip of its worst drought in decades, and in Somalia we are witnessing extreme and widespread famine, with pockets of the country at risk of starvation,” said Sadia Allin, Head of Mission in Somalia and Somaliland for the humanitarian association Plan International. “The reality is that children are dying and the loss of life on a devastating scale is now a very real risk.

“Families go to bed hungry, not knowing if they will have anything to eat the next day. Even more painfully, mothers go to bed knowing that their child is crying because he is hungry.

“Unless humanitarian aid is urgently stepped up, thousands of people will lose their lives. Currently, Plan International is trucking water to drought-affected communities and providing emergency cash to help families facing severe food shortages. But we urgently need more funds.

With drought in Somalia/Somaliland already decimating entire communities, 760,000 people have fled their homes in search of food and water this year alone.

Thanks to the treatment, Sagal is now recovering. But she is just one of 1.5 million Somali children under the age of five who could be malnourished by the end of this year, including 386,400 likely to be severely malnourished.

“She came out of the coma,” said her mother Saado. “She is healthier right now. His body is better. Thank God. I pray to God that we leave this place in good health.

If you would like to donate to Plan International so they can continue to help the clinic and others affected by hunger, click here.

*Names have been changed

MORE: Why gender inequality is the real killer of children in Africa

Government urged to classify Covid as an occupational disease | Coronavirus 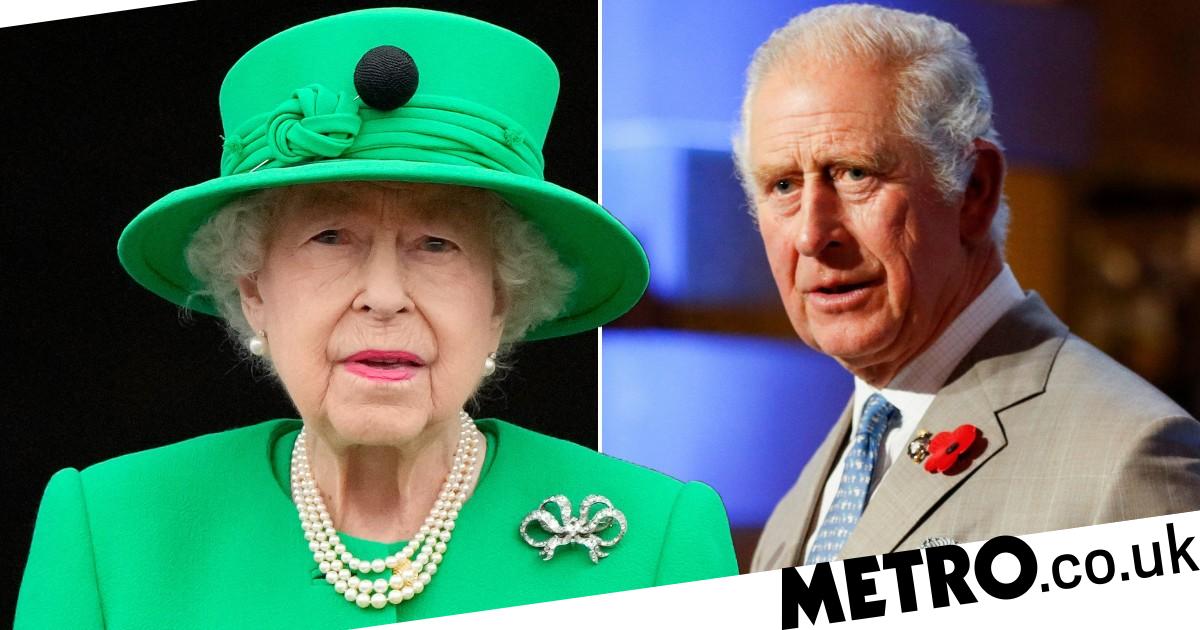