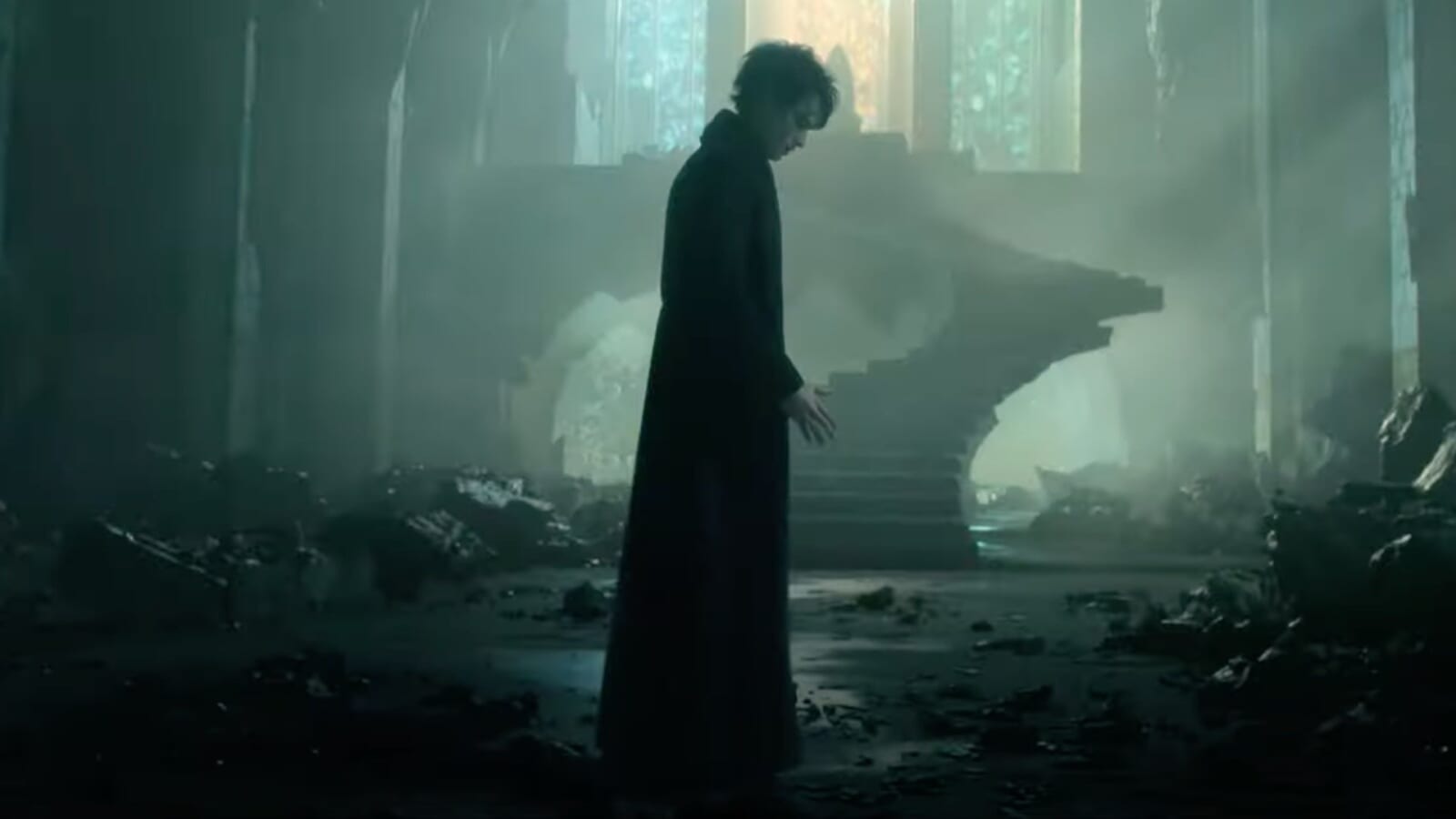 With which instruments did you want to create, as you say, these “imperceptible tiny” sounds in episode 5?

For me, it’s all about negative space. I mean, it’s a tried and tested formula that you sometimes leave the tiniest puff and a hint of its unsettling, [and that] can do much more psychological harm, or leave a psychological impression, than having a loud grunt.

There’s another show I did called “Evil,” which is a pretty fun show on CBS. It’s very, very different from that and there’s a humorous thread running through it, but there are some horror moments, as the name suggests. A lot of times I write a piece of music for it and then I start putting it out and then I come to this sparse version. We all agree, “Oh, that’s the scariest version” when you get rid of all the trash, when you get rid of all the stuff that you point at people and say, “Be scared. Be scared. Be scared,” and then you just find this hovering, moaning, decaying sound. And that’s the one that makes you uncomfortable. This is the one that makes you want to find your cushion behind which to hide.

Again, when it comes to scoring different tones, you’re clearly having a lot of fun with cereal convention in Episode 9. The strings are hilarious when Stephen Fry puts it all together.

Yeah. Well, again, we didn’t want to play serial killers, because we didn’t want that to be a grim signal. We just didn’t want dark music there. At the same time, there’s definitely a playful side to the music. It’s one of my favorite songs called, I think, “God Tells Me to Do It”.

Yeah, that’s got some pep. I actually had to rewrite that, because the first time I wrote it, I got a note that I made serial killers feel like serial killers, that they are all bad guys. They don’t want to do that. There is also a banality in this convention. It can just as well be cleaning products.

When the Corinthian sits down and receives the applause, it almost sounds like a corporate advertisement for a retirement or something.

When you do a show that’s offbeat, it’s like you need help, sometimes, to be told, “We want to approach it more this way than that.” Sometimes, unfortunately, the only way to have this conversation is to present a piece of music and be told “No”.

You can talk about endless things, and you can say, “Yeah, I’ll do it.” And then of course, when it actually becomes flesh, then there’s a difference like, “Oh, that’s what you meant by the color red.” Ultimately, when you put a piece of music out there, you have something tangible to love or dissect.

What vibe did you want to help create with The Corinthian?

Yes, he has a lot of charm and he would like to know what it’s like to feel human. He’s the villain there, but not in any mainstream or conventional sense. So it’s a pretty subtle sound, actually. It’s two elements for him, I wouldn’t really call it a theme, it’s more of a vibe for him, which is an electric trumpet, which is a whimsical, slightly washed-out trumpet thing. It almost doesn’t sound like a trumpet. And then there’s this very bass, what I call the Dr. Dre bass, just a very slow bass with a glissando in it. Like, “Duhn-brr-rrr.” I don’t even know on TV if that translates well, but there’s a bit of sex appeal to it, without it being a saxophone solo, which would be awful.

When the Corinthian and the Sandman met, musically, did you want to bring them together?

Yeah, if they happen simultaneously, I don’t remember. It’s been a while now since I’ve worked on the show, because obviously we boxed it several months ago. So I don’t remember such a detail. I remember another detail with Desire, that they only have a few moments on the show, but he’s a very cool character.

It goes back to my take on letting the audience enjoy it and not feeling like I’m telling them what to do. I’m not desperate all the time to say just because a character appears on screen, it has to have its theme the minute it appears on screen, because that would be pretty dark. I mean, that would be pretty childish. I mean, a standard type of scoring procedure, the characters have musical identities and what feels best at any given moment is my approach.

‘It should have been celebrated’: The fight to save a thriving black school | Documentary films