Researchers looking for ways to reduce textile waste have enlisted the knowledge of costume experts at one of Victoria’s best-known museums.

Some of the Sovereign Hill Gold Rush-themed museum costumes have been preserved since the 1970s.

These vintage skills of making and repairing, rather than throwing away, caught the attention of RMIT researchers.

Clothing production has doubled worldwide since 2000 and overconsumption is rampant in the fashion industry.

The average Australian consumes 15 kilograms of new clothes a year and throws away a similar amount, according to research by the Australian Fashion Council.

When slow fashion was all the rage

But it has not always been so.

Clothing was once produced and maintained with maximum longevity in mind, says Wearing Out Sovereign project lead researcher Ricarda Bigolin, but these practices have been lost with the advent of “fast fashion”.

Fast fashion is a term describing the rapid production of clothing using inexpensive, low-quality materials to replicate and meet the demand of trend cycles.

“Fashion has never been about buying really cheap clothes, wearing them once and throwing them away,” Ms Bigolin said.

“The production costs, the choice of materials, everything has been thought out so that you buy new rather than keep it.”

The museum’s head of rare crafts and programming, Erin Santamaria, said the techniques used by 1850s Settlers — and Sovereign Hill in costume reproduction — to minimize waste were actually quite simple.

“The techniques were aimed at creating maximum ability to modify a garment, to tailor or fit it, or to change the style when it got a little tired or the fashion changed a little,” Ms Santamaria said.

“Simple things like extra deep seam allowances that allow for maximum flexibility, or different ways to end a seam or hem line so you can get back into the garment so it can be repaired or altered.”

Despite their simplicity, Ms. Santamaria said these techniques are rarely found in garments made today.

The Wearing Out Sovereign project hopes to incorporate these “forgotten practices of the circular economy” into modern wardrobes.

Researchers are developing a series of material prototypes and workshops to be held at the Rare Trades Centre, where the public can learn how to use these ancient techniques to make and customize garments for maximized life cycle.

Ms Santamaria said using these techniques on a large scale would mean moving away from fast fashion practices and investing in clothing-making skills within local and domestic communities.

“People have no idea how long it takes to make clothes because everything is done invisibly by people we don’t know overseas,” she said.

She witnessed the value of knowing how clothes are made and cared for.

“We find that our staff know the costume department that makes their clothes. They see the effort and time that goes into it and really bond with their costume,” Ms. Santamaria said.

“It’s really important to keep practicing and teaching these skills because the globalization of the fashion industry isn’t always the way things work.

“Retaining a national skill set here in Australia is really important, whether it’s making something yourself or in the production and manufacturing facilities that we have here nationally.” 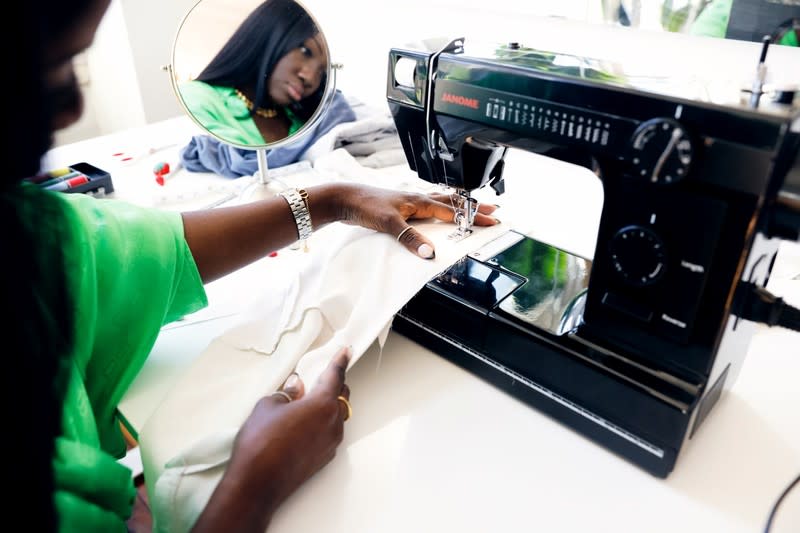