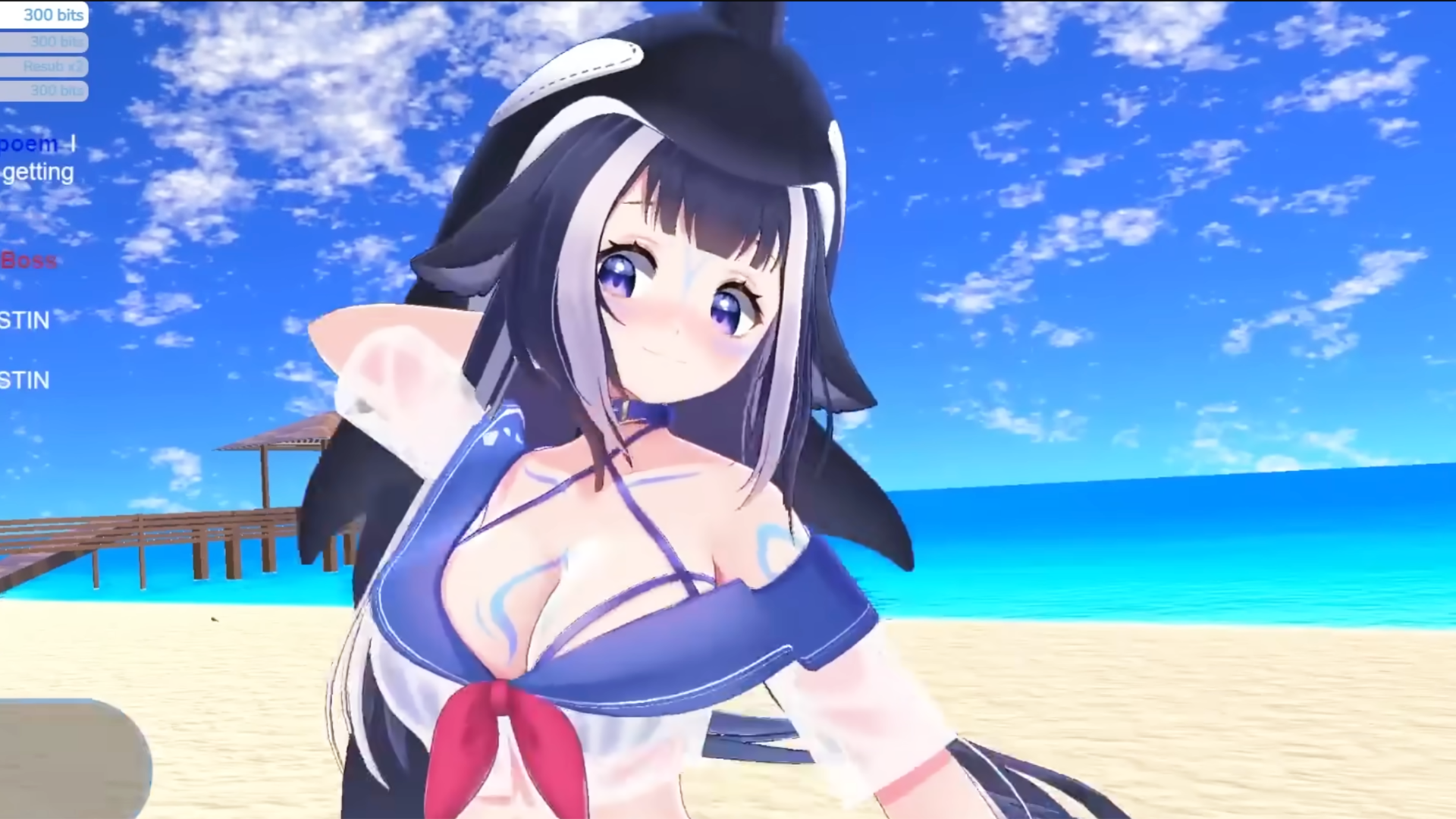 Earlier this week, Twitch streamer and VTuber Shylily was banned for three days for no clear reason. His story mirrors those of many other high profile streamers who, due to Twitch’s policy against explaining their reasons for issuing bans, have to guess what they did wrong.

“I find it absolutely crazy that you are signing a contract with this company, but they have the right to kick you off their platform without having to tell you why specifically,” Shylily told me.

Shylily, who has around 20,000 subscribers and averages around 8,000 viewers a day, isn’t sure which part of her most recent VRChat streams, or any of her streams from the past few months, might have caused the prohibition. She received an email from Twitch that simply said she had violated the terms of service for a live stream or VOD.

Per Twitch’s suspension policy (opens in a new tab), it will issue warnings to streamers based on the type of violation, but it can also suspend anyone immediately, even while streaming in some cases. Twitch uses a three-hit system for DMCA warnings, but Shylily says she’s only received one before, so it seems unlikely copyrighted material is the problem. I emailed Twitch about Shylily’s ban and did not receive a response until posting this article.

Shylily’s streams regularly include what she calls (opens in a new tab) “Brother” and “lewd” humor, and showed suggestive fan art. She is also a VTuber, meaning she represents herself exclusively as a 2D and 3D avatar. In its guidelines (opens in a new tab) for nudity and sexual content, Twitch says “augmented reality avatars” must follow the same rules as everyone else. Shylily thinks her new VRChat model might be the problem.

Shylily’s new VRChat model, for which she says she paid around $8,000 and “was going to create future content based on it”, allows her to remove her outer layer of clothing and show only the tiny bikini underneath . This gives it a look similar to streamers going live from their pools or hot tubs (opens in a new tab), but viewers suspect the revealing outfit and her suggestive antics on one of her most recent streams might have triggered the ban. The stream archive is not available, but Reddit user ReddishCat posted a clip (opens in a new tab) where you can see her dancing in the outfit on a beach.

Shylily said it’s possible it wasn’t “obvious enough that we were at the beach despite water and sand everywhere” and so “the bikini flip could have been against [Twitch’s terms of service].”

“I always feel like as long as you don’t make things sultry or downright sexual without context and just have fun and laugh and enjoy your time, you’ll be fine,” she said.

“IRL streamers are allowed to paint their entire naked body with nothing but their nipples covered, take showers in a string bikini exposing their entire behind, scrub themselves with body wash and bath bubbles all over their bodies in a sensual way with every sub on a 4K viewer counts the stream as they chat for hours sitting in a tub,” she said in her defense.

Shylily used Twitch’s ban call system, but was denied. She also opened a ticket, and that too was denied. “Not knowing what caused the ban makes it very difficult to avoid it in the future,” she said.

The three-day ban, while brief compared to some of Twitch’s harsher penalties, left Shylily locked into her account, unable to see her Twitch partner contract, and banned from streaming on YouTube as an alternative (per her contract). She says the break will cause her to lose the hundreds of subscriptions she expected to receive during this time, but she will be fine.

“But I can very well imagine streamers who are just finishing months, with no savings to put aside, going through a very difficult and frustrating time!” she says.

Shylily and the many other streamers who make a living on the platform are frustrated with Twitch’s lack of communication when it comes to brutal suspensions. In May (opens in a new tab), the streaming site said it was looking to provide more context with the bans it sends, but made no further announcements regarding the implementation of this policy. At the time, Twitch said it maintained 99% accuracy of its suspension decisions.

In 2020, Dr Disrespect was permanently banned for a reason he says Twitch never explained to him. His lawsuit against the platform failed (opens in a new tab) in March, when he posted a message on Twitter that read, “No party admits to any wrongdoing.” That same month, controversial streamer Just Chatting Destiny was banned indefinitely and also received no reason from Twitch. Although both streamers have offensive clips to report, Twitch’s refusal to communicate means it never has to defend its decisions.

Clara “Keffals” Sorrenti, a trans streamer who was recently banned (opens in a new tab) from Twitch for 28 days, said she was reported en masse by users for planning to show and discuss examples of the harassment she experiences. His ban appeal was denied by Twitch and the company has not responded.

Many see Twitch’s silence as an intentional obfuscation so he can do whatever he wants. As a result, popular streamer bans, no matter how short, spark debates about what the violation might have been and whether or not the platform has a double standard for different types of streamers and streamers. Last year, a data breach on Twitch revealed that it was keeping a ‘do not ban’ list (opens in a new tab) heavy streamers to avoid undue bans, so it’s clear the company was willing to selectively roll out its rules whenever it wanted.

As the streaming juggernaut grows (opens in a new tab)– Twitch says more than 15 million new people were uploaded in 2021 – there’s a lot of pressure for the platform to better support users who uploaded it and to prevent the spread of hate (opens in a new tab) to marginalized members of his community.

Several of the biggest streamers, including LilyPichu, Myth, DrLupo, and TimTheTatman, left Twitch to sign exclusivity deals with YouTube. While their absence hasn’t left a big dent in Twitch’s streaming dominance, its most successful streamers don’t seem to be as committed to the platform as they’d probably like.

Shylily will return to Twitch on Thursday, but will likely stay off of VRChat. She posted a Tweeter (opens in a new tab) with the hashtag “#FreeLily” and a video that jokingly promises a start to her “seiso,” or sheer, era as a series of raunchy music videos play.

“I really want Twitch to be a good place. Really,” she said. “I appreciate the Twitch culture much more than the YouTube culture,” she said, but she also feels that YouTube is “much safer” than Twitch, and suggests that’s why YouTube is able to drive away the platform’s big streamers.